The restrictions imposed by many countries, including Spain, to combat the COVID-19 pandemic have led to restrictions on international freedom of movement, whether through compulsory quarantines or border closures. A significant number of people have been forced to stay in and work from a country other than their country of residence. In a previous article we have already analysed the impact of this situation on the tax residence of natural persons. In this paper we examine the consequences that the crisis may have on the tax residence of companies and on the possible creation of a permanent establishment where the posted worker is located.

Effects on the tax residence of legal persons

Each state is free to determine which legal entity it considers to be resident for tax purposes; thus, Spain determines that companies established under Spanish law, or those whose registered office or effective centre of management is located on Spanish territory, are resident for tax purposes in Spain. It is possible for a legal entity to be considered resident for tax purposes by more than one country, as is the case, for example, when a Spanish S.L. has its effective centre of management in a country that refers precisely to this last point in the determination. In such a case, a conflict of residence arises, which may have to be resolved by applying the tie-breaker rule of the double taxation agreement in force between the two countries. Most of them resolve the conflict in favour of the country where the place of effective management is located.

It could happen that this place has de facto changed under the present circumstances: It is conceivable, for example, that the managing director of a company may work telematically from a country other than the one in which he or she usually managed the company before the crisis began, or that the board of directors may meet telematically or in writing (a possibility provided for by Royal Legislative Decree 8/2020), with each individual member being in a different country.

In its note titled 'Analysis of Tax Treaties and the Impact of the COVID-19 Crisis', the Secretariat-General of the OECD analyses this problem and concludes that a change in the place from which the directors of a company perform their management functions as a result of the COVID-19 crisis constitutes a situation of temporary and exceptional force majeure and that this new place will therefore lack the ordinary and customary character which is necessary for it to be considered a place of effective management.

As a consequence, some countries, such as Ireland, have clarified that the presence of the director of a company on its territory (for the purpose of assessing the tax residence of the company) is not taken into account if it was caused by the restrictions related to the pandemic. The Spanish tax authorities have not yet commented on this issue, as they have done in relation to natural persons.

Although, as we have seen, it can be excluded that restrictions on international travel affect the tax residence of legal persons, one might wonder whether such restrictions could lead to the creation of permanent establishments abroad in certain cases of teleworking.

In double taxation treaties, the permanent establishment is usually defined as a fixed place of business (in a country other than the country of tax residence) through which a company carries out all or part of its activities, including in particular branches, offices and factories. Does an employee of the enterprise who is forced to telework from another country due to the COVID 19 crisis constitute a permanent establishment of the enterprise?

This question has also been analysed by the Secretariat-General of the OECD. In order for there to be a "fixed place of business" leading to a permanent establishment, the comments on the model agreement require that a certain degree of permanency exists in relation to this place and that it is available to the enterprise. Obviously, these conditions are not met in the present case: The worker does not work from home by decision of the company, but by decision of the competent authority, and this does not constitute a permanent situation, but will be maintained as long as the restrictions imposed by the health crisis persist. However, if this were not the case, i.e. if the worker was working from home in that other country under normal circumstances and was doing so by decision of the company, the reverse conclusion would apply.

As with the concept of "fixed establishment", a certain degree of habit is required for a dependent agent to establish a permanent establishment. If the presence of such a representative is temporary, as in this case due to force majeure, it cannot have this effect. It will therefore be necessary to consider what the situation would have been if the health crisis had not occurred.

There are, however, cases where the restrictions may lead to the creation of a permanent establishment. As a rule, double taxation agreements stipulate that a construction site is permanent if its duration exceeds 12 months. Periods of work interruption, including those caused by official orders (measures of wintering of non-essential economic activities to slow down the spread of COVID-19), must be taken into account in its calculation. If such interruption results in the 12-month limit being exceeded, the site becomes a permanent establishment of the enterprise.

In summary, and notwithstanding the latter case, it is expected that the restrictions on international travel caused by the pandemic will not affect the tax residence of legal persons or have an impact on the establishment of permanent establishments abroad. This is good news for companies, as they will be protected from situations of double taxation and new formal obligations that would only make efforts to overcome the crisis more difficult. 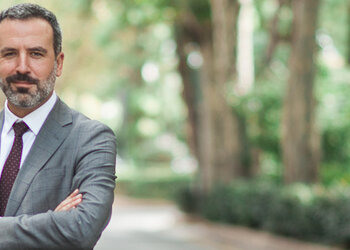 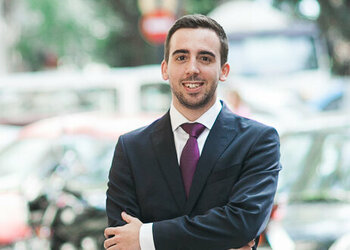