COMMERCIAL COURTS OF JUSTICE IN TIMES OF COVID-19

The Commercial Courts are public bodies of the Administration of Justice that are responsible for dealing with matters of fundamentally business nature. These courts do not constitute an extraordinary jurisdiction, but are rather courts specialised in commercial matters.

The main procedure handled by these courts is bankruptcy proceedings, which originated in the Bankruptcy Law 8/2003 of 9 July, in view of the need for specialization in bankruptcy matters required of judges and magistrates.

In Spain, the "Creditors agreement" is the name given to the procedure legally provided for the one described in the insolvency law, the purpose of which is firstly to ensure the survival of the company or legal person in the event of current or imminent insolvency and, if survival is not possible, to subject the company's assets to an enforcement procedure which enables creditors' claims to be satisfied in accordance with rules and criteria ordered according to the nature and prevalence of such claims.

The spirit of the procedure can certainly be said to be the survival of the company, although in the recent past it has been distorted by its use to improperly achieve the extinction of companies.

2. General conditions of contracting and protection of consumers and users.

The Commercial Courts will hear the collective actions provided for in the legislation on general contracting conditions and the protection of consumers and users.

Generally speaking, the term general conditions of contracting refers to clauses in contracts of adhesion, which are those that consumers and users sign with their service providers and in which the consumer's freedom to discuss the content of the clauses incorporated into them is limited to accepting them or not, but whose content is imposed by the corresponding provider and failure to accept them would make it impossible to conclude the contract itself.

In cases where the term is obscure, lacking in transparency or unfair, consumers may bring an action for voidness of the contract before the commercial courts of their own domicile, which may be partial or total, depending on the case.

The Commercial Courts are in charge of hearing cases that are known as belonging to the so-called European competition law, one of the most generating matters of conflict of Community legislation with national legislation.

Their competence extends to actions relating to unfair competition as well as those based on and determined by the Antitrust Law.

Maritime law was the seed of the special courts in commercial matters, which enjoyed real importance in the port jurisdictions. The Commercial Courts will deal with both insurance and the liability of transporters and freight forwarders.

Likewise, contracts related to air, rail and road transportation will be settled before the special jurisdiction.

The actions intended for the civil jurisdictional protection of these matters are exercised before the Commercial Courts.

The protection of patents, trademarks and copyrights is also of special interest, in particular the Article 138 of the Spanish IP Law which states that "the holder of the rights recognised in this law, without prejudice to other actions that may correspond to him, may request the cessation of the illicit activity of the infringer and demand compensation for the material and moral damages caused, under the terms provided in Articles 139 and 140 [of the IP Law]. He may also request the publication or dissemination, in whole or in part, of the judicial or arbitral ruling in the media at the expense of the infringer. Likewise, it may request, in advance, the adoption of the precautionary measures of urgent protection regulated in Article 141".

The Commercial Courts of Alicante shall also have jurisdiction, at first instance and on an exclusive basis, to hear all disputes brought under the provisions of Council Regulation (EC) No 40/94 of 20 December 1993 on the Community trade mark and Council Regulation (EC) No 6/2002 of 12 December 2001 on Community designs. In the exercise of that jurisdiction, those courts shall extend their competence to the whole of the national territory, and for those purposes alone they shall be known as EU trademark courts.

If you have any questions, do not hesitate to contact us: 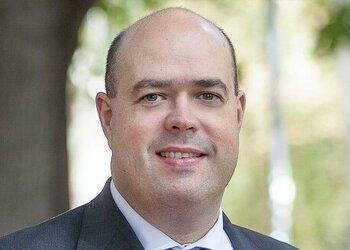